Your browser is no longer supported.

Please upgrade to a modern browser.

Welcome to the new and improved Freebie Site UK!

Browse all the latest UK freebies, free stuff, discount codes, competitions and special offers we have available for you all...completely FREE!

Be sure to check back daily for all the most recent freebies listed on the site and grab them while you can!

Below are a few of the best freebies and most popular pages on the site.

Save money on your mobile by choosing from the Free Sim Cards that are available.

Having a baby then check out the baby free stuff to save money during parenthood.

Grab yourself some free food which includes samples and money off vouchers.

You are here: Freebies » Freebie Tips » Sell your old mobile phone for £££’s 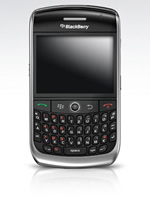 Most people like to keep the new latest mobile phone they are sent as part of an upgrade for themselves and plenty of people then stick their old mobile phone in a draw or box and forget all about it.

You can easily earn yourself £100+ for your old mobile phone by selling it to a mobile phone recycling company, to a friend or by listing it on ebay as is the most popular way to sell them.

You might be very surprised what your old mobile phone will sell for and it is an easy way to get some quick and fast money. Even if you have a few older mobile phones tucked away in a draw it’s worth getting them sold too, money is better in your wallet than it is just wasting away and depreciating in a draw or box somewhere. There are plenty of people out there who are more than happy with a working mobile phone providing it does the basics such as text and call, they don’t need phones that have apps or different gimmicks on.

If having the latest mobile phone doesn’t bother you and you are happy with your current model then you really could end up quids in if you sell a brand new unused phone. The latest iPhones or Blackberry’s can fetch £400+ on ebay due to their huge popularity.

A few tips to get the most for your old mobile phone when selling on ebay.

There are a growing number of mobile phone recycling companies out there who will buy your old mobile phone, they will do so as they will then re-sell them on again for more than they pay for them hence why we would always recommend the sell it yourself route where possible.

Whatever you do, just don’t leave those old mobiles to gather dust in a draw when they could be more use by giving you some money in your pocket.

Freebies are what we do best here at FreebieSiteUK!
We have been bringing the latest UK freebies on the internet since 1999 and we are one of the longest running UK free stuff websites around.

If you know of any new freebies, competitions or unmissable offers and deals you think we should be listing them drop us a line and let us know!

We have a hugely popular Christmas Sales section too!